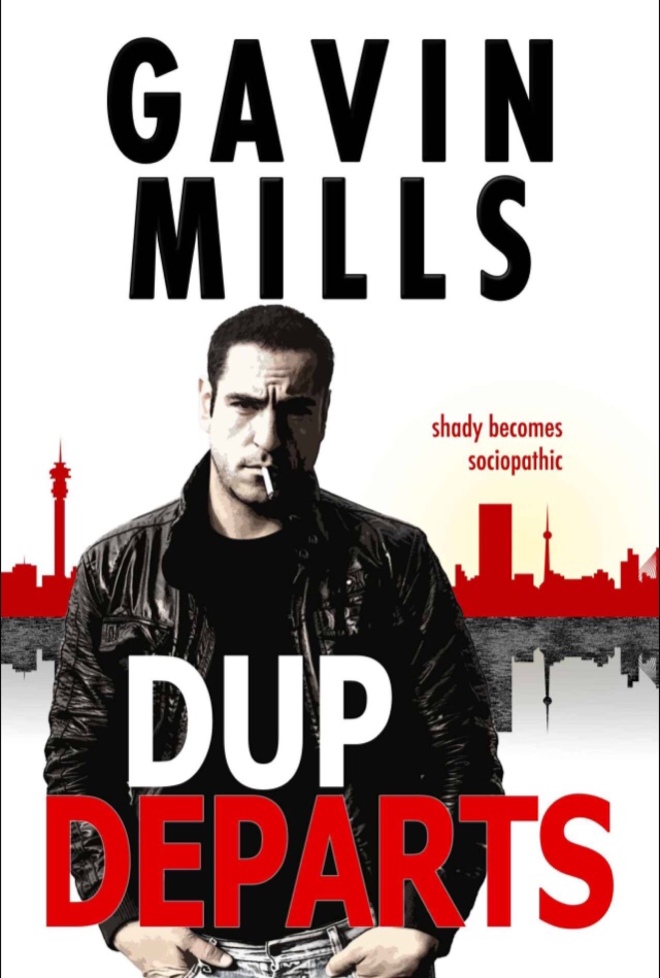 Dup is a good looking, down on his luck, tough guy. Taking place in South Africa, Dup uses local slang along with descriptive vulgarity that sets the mood for the thriller this story is. And it is quite a thriller.

What would you do to take care of your family. Dup has a wife and kids. No income. Dup makes movies but he was pushed out by the competition. Life gets ruff. He has a great friend who helps set him up for a new future. There is hope.

Life, the other four letter word, rarely works out so smoothly. Stuck in a bad situation trading down to a worse situation Dup uses his professional movie skills to survive and hopefully thrive.

This is a dark thriller. The illegal happenings going on in South Africa surround this story. Louanne, another amazing main character, is a stripper with the connections Dup needs to get out from under. So it seems.

Dup Departs is the first of a two book series. The beginning of the book is harsh in many ways. This is the mood of the book. The reader is suddenly immersed in a fast moving, edge of your seat story. I own the second book, Dup Up In Arms: A Prequel To Dup Departs. I can not wait to read this prequel. This is a refreshingly different realistic thriller.

I was born and am currently living. Long Island, NY and Disneyworld are the places I call home. My passion' s are everything scary and my Dachshund, Buddy. I share Buddy with best friend who is also my husband. I know every day is a gift which I cherish. View all posts by bookmeetsgirlblog.com